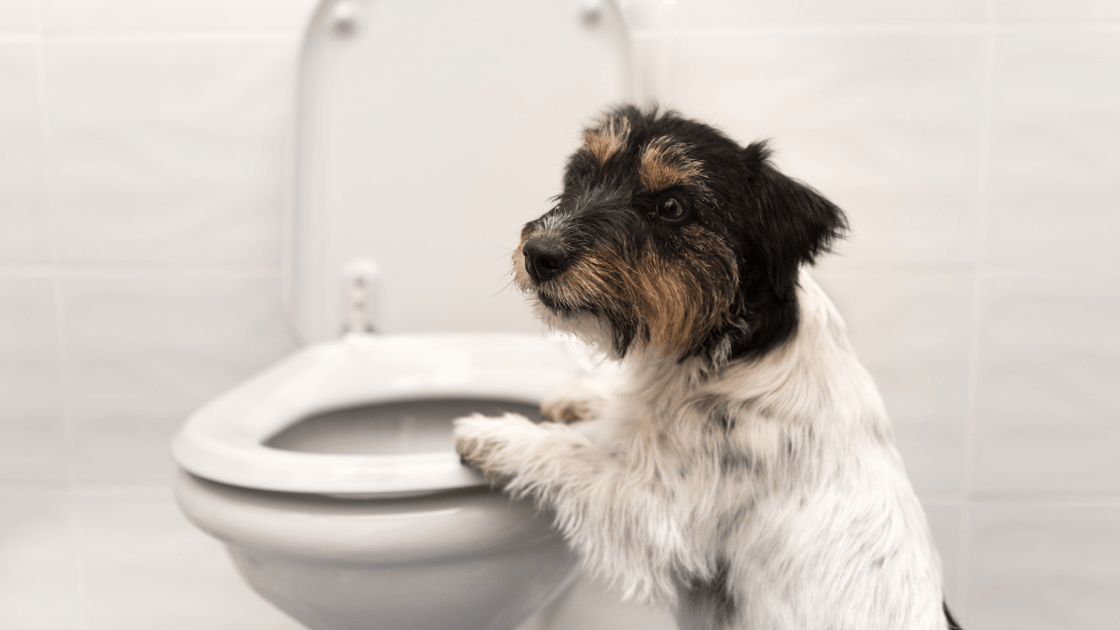 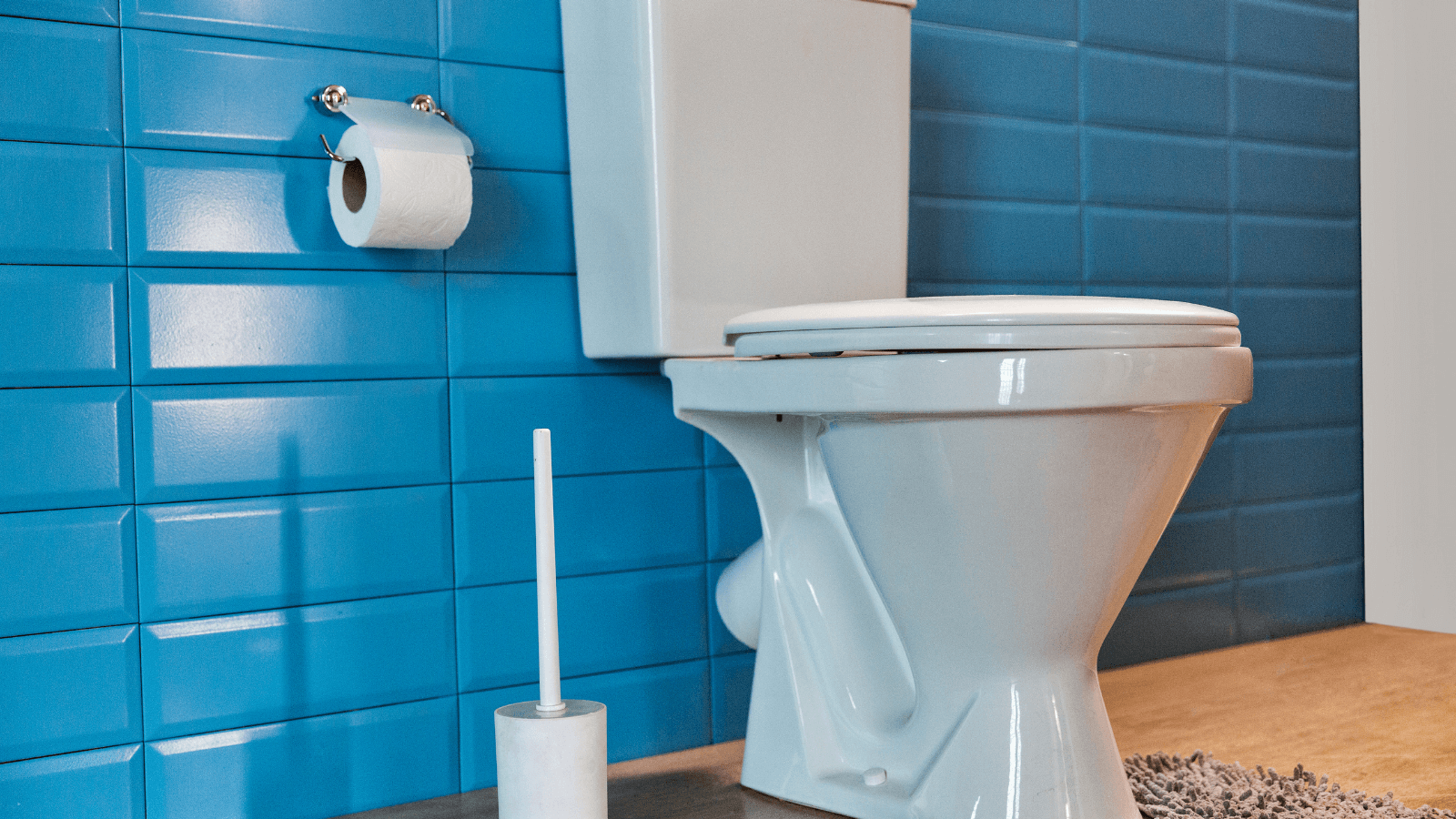 We’ve all been there, face to face with a little unexpected instability in the bathroom. You sit down on the toilet, and it moves. Maybe it moves just a little, so you think nothing of it. If it still flushes, it must be fine, right?

Wrong! If your toilet rocks back and forth, even just slightly, there could be something wrong with its foundation. Here we’ll discuss the importance of fixing a rocking toilet, and the potential reasons behind this phenomenon.

Why you should never ignore a rocking toilet

It might seem like nothing but a funny situation at the time, but a rocking toilet can actually be bad news for homeowners. This condition might be caused by a bigger issue, and the effects of a rocking toilet could lead to more expensive damage. 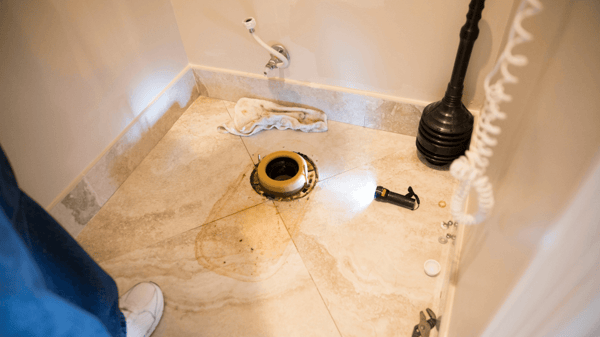 Whether it’s caused by the rocking itself, or whether it’s a side effect of whatever is causing the rocking, sewage leaks can go hand in hand with a rocking toilet. At the base of the toilet, there is a wax ring that helps seal the piping and prevent leaking. As a toilet rocks, that seal can get a little looser each time. If you go without addressing a rocking toilet, the sewage leakage in your bathroom will just continue to get worse.

A leaking toilet is undesirable for many reasons, from the smell to the damage it can cause. If you let a leak linger for too long, you may be looking at another DIY project in your bathroom — repairing rotted floors. It’s better, instead, to just address the rocking toilet right away and avoid any additional complications.

What causes a rocking toilet

There are several potential problems that could be to blame for a rocking toilet. Sometimes, the fix is as simple as tightening a screw, both other times the problem goes deeper than that. The longer an unstable toilet is left to rock back and forth with use, the more likely you are to have extra damage to deal with. It’s definitely possible to troubleshoot a rocking toilet on your own, but if you want to be sure and resolve it efficiently and quickly, you can contact Geiler to get the job done well.

The flange bolts are loose

One of the most common things that causes a toilet to rock back and forth are loose flange bolts. These are the bolts that hold the toilet down at an even level with the floor in your bathroom. Sometimes the bolts themselves aren’t exposed, and are instead covered with more visually pleasing pieces that match the design of the toilet. 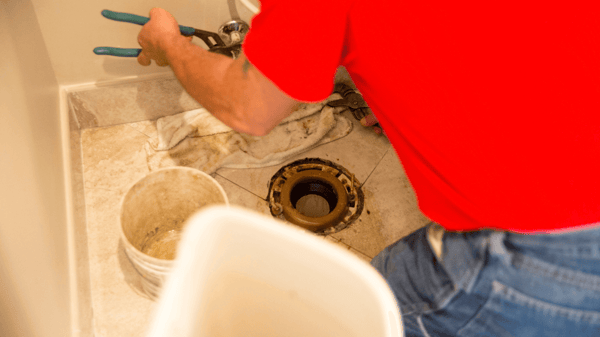 A toilet does not screw directly into the ground. Instead, it screws into what’s called a toilet flange, or a closet flange. This piece connects the toilet tightly and securely to the drain pipe. When properly installed and tightened, the flange prevents leaking and acts as a stable base for the toilet. 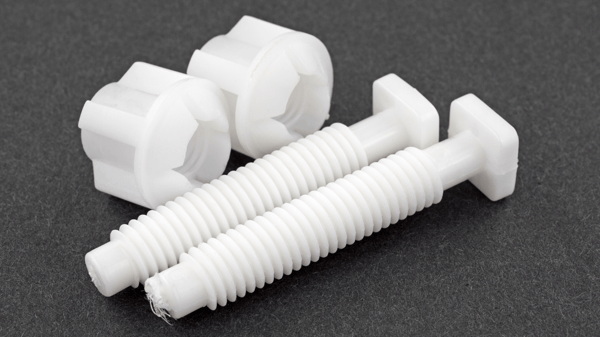 You can do a quick check on the flange bolts by removing any cover and testing their tightness by hand. If needed, you can tighten them more with a wrench. However, you should be careful about how much you tighten them, because it is possible to tighten these bolts too much. That can cause bigger problems, like a crack in the ceramic.

The flange is damaged

Sometimes, it’s not the flange bolts that are causing the rocking issue but the flange itself. When the flange is damaged, a rocking toilet is typically accompanied by other unfortunate symptoms, like leaking at the base of the toilet, and the presence of unpleasant, foul smells. These problems are a pain to deal with in the moment, and can potentially cause long-term damage, adding yet another reason to deal with a rocking toilet immediately.

Most toilet flanges are made of a steel, copper, PVC, or brass pipe, and a metal or plastic ring that connects the toilet to the bathroom floor. This design is then sealed with a wax ring to prevent any leakage.

If you’re going to check the toilet flange, you’ll have to remove the entire toilet. This starts with draining the toilet bowl and the toilet tank, turning off the water supply, and removing the flange bolts. From there, you can move the toilet and get a good look at the flange. You should be able to see whether or not the flange appears to be damaged. 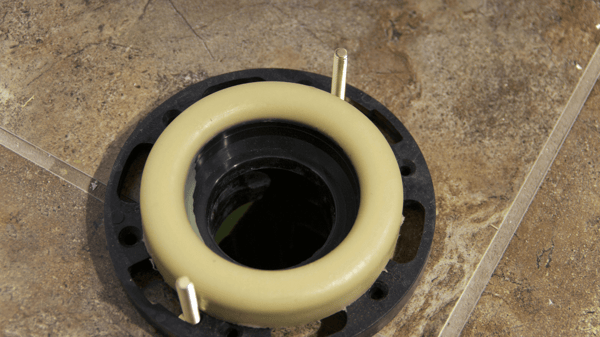 Even if the flange seems to be fine, you will at the very least need to replace the wax seal, which is recommended any time you move the toilet.

The flange is incorrectly installed

A poorly installed flange might be a little more difficult to spot for the untrained eye than an obviously broken flange. Flange is meant to be installed so that it is perfectly flush with the bathroom floor. This allows it to stay tight and secure throughout use. If you’ve recently redone your bathroom floors and are now facing a rocking toilet, it may be because you need to adjust the flange to fit the new floors.

There’s something wrong with the floor

In order to be properly and securely mounted, a toilet needs to live on a smooth, flat floor. We mentioned above that installing new flooring might leave you with an incorrectly installed flange. Having something wrong with your floor, like damage or a loose tile, can cause a similar problem. 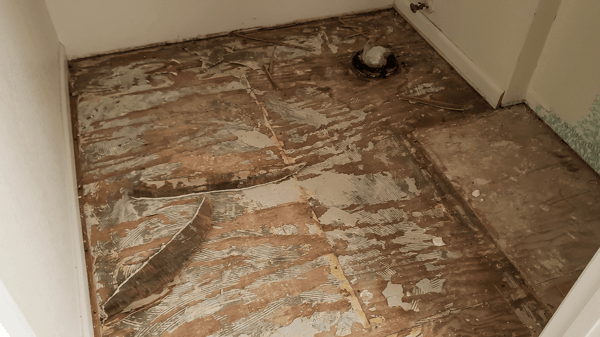 When you’re searching for the culprit behind a rocking toilet, the evenness of your bathroom floor is definitely something you should check. Previous or current issues with leaking can cause the floor to deteriorate, which may also lead to an uneven surface.

If you’re not certain which issue is at the root of the problem, it might be worth it to call in a professional to check the floor, flange, plumbing, and the toilet itself.