What is the humming noise coming from my garbage disposal?

Garbage disposals make cleaning up in the kitchen such a breeze. They’re a great appliance to have, but they are a pain when they’re broken. If you’re noticing a humming noise coming from the garbage disposal, don’t hesitate to take action! The sooner you can figure out what’s wrong, the better.

In some cases, a humming noise is caused by something simple to address on your own. Many times, however, you’ll need the assistance of a professional to fix your garbage disposal. Here we’ll explore some of the most common causes of a humming sound and all related problems with the appliance. By the end of this article, you’ll be ready to diagnose a broken garbage disposal and give it the repair it needs.

How does a garbage disposal work?

Instead, waste gets pulverized by a shredder ring. The shredder ring surrounds a small chamber where the food is collected. When the disposal turns on, the impeller plate spins at the base of the chamber. The plate spins fast enough to create a centrifugal force that sends the food waste to the shredder ring on the outside. Think of it as a ​​Gravitron ride for your leftover food particles.

What is causing the humming noise in my garbage disposal?

If your dishwasher is making a humming noise, it’s probably the sound of the motor running while other parts remain still. There could be something preventing the impeller plate from spinning. The malfunction of the otherwise moving parts could be due to another problem in the appliance, as well. 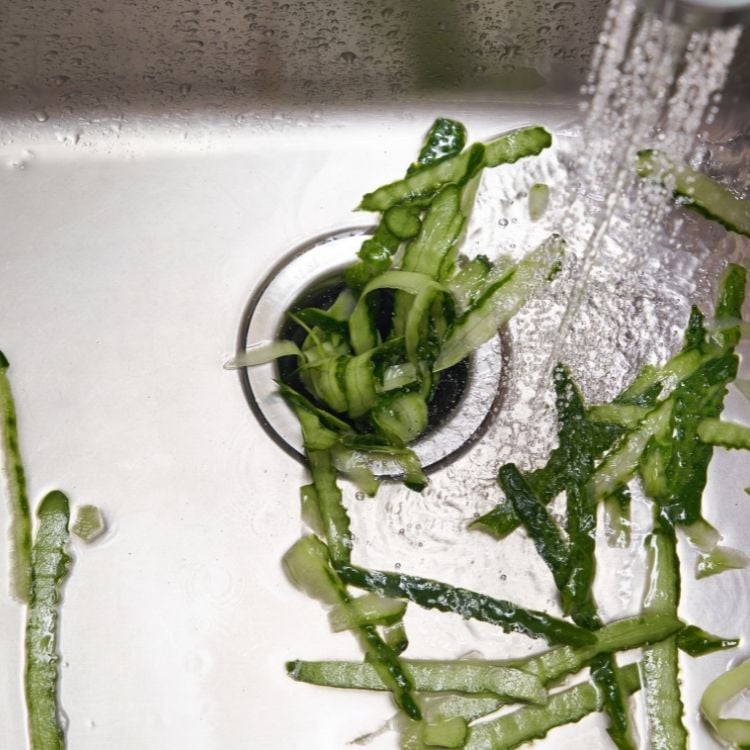 Stuck foreign object Almost every garbage disposal will meet the day it has a utensil fall into its chamber. Such an event is nearly unavoidable when you’re in a house with children. When that day comes, you’ll know right away by the way the appliance is no longer doing the job. The shredding plate will get stuck on the utensil. Meanwhile, the motor will hum and run without being able to turn the plate.

If you think this might be your issue, you can check by shining a light into the garbage disposal. You should be able to see any large object that has stuck on the impeller plate. Make sure the disposal is off and use some tongs — not your hands — to grab the item.

Note that there could also be an item that’s stuck in a part of the disposal you cannot see. If you can’t resolve the malfunction on your own by troubleshooting, a professional may be able to locate a blockage elsewhere in the disposal.

Stuck food Sometimes, if a garbage disposal is on and then stops running on its own, it’s due to jammed food. Occasionally, a piece of fibrous food will get stuck between the impeller plate and the drain hole. One way to troubleshoot this is by manually turning the plate. Be sure to unplug the unit before anything else. Then, you can use a hex allen to unjam the food. In fact, some disposals come with their own wrench for this reason.

Once you are 100% sure the unit has no power, locate the hex socket at the underside of the garbage disposal. You’ll put the wrench into the socket, and then move it back and forth until the waste becomes unstuck. If the impeller plate moves freely, but the humming continues, you’ll know that there’s another issue causing the humming.

Electrical issues It’s possible for a garbage disposal to overheat, which can cause electrical issues that may create a humming noise. The appliance will often overheat if it is left on or used too often. Sometimes overheating is caused when a person forces something through the disposal.

When the unit overheats, it can trip the circuit breaker or the GFCI electrical outlet. You can check to see whether the humming is due to an electrical issue by resetting the disposal. This is done via a button on the bottom of the unit. If this doesn’t help, it’s best to get expert help from your local plumber.

Too old Sometimes, a humming, malfunctioning garbage disposal is just old and at the end of its life. Garbage disposals generally last between eight and 15 years. If your unit has been around for a while, it might just be time for a new one.

A note about safety

Some of the most common reasons for a humming garbage disposal are manageable without the help of a plumber. It can be empowering to solve the problem on your own. Plus, it’s so convenient to be able to handle the humming noise quickly. 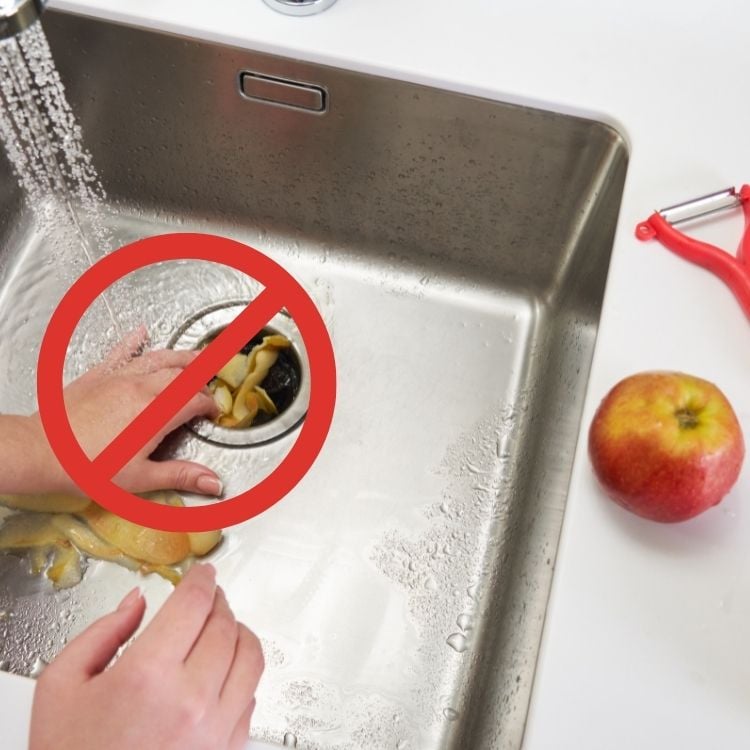 However, it’s imperative to take every precaution when you’re working on a unit. Always turn off the unit and disconnect it from power. Never stick your hand down the disposal even when it’s off. This kitchen staple is designed to pulverize food. You do not want to risk the same thing happening to your hand.

If you want to be sure that your disposal gets fixed, or are worried about handling the issue alone, no sweat. There are professionals out there whose job is to identify and fix the problem. If you live in the greater Cincinnati area, give Geiler a call. We’ve been providing plumbing services in Cincinnati for decades and are experts at what we do. Our services are quick and reliable. We will have your garbage disposal up and running again before you know it.

Should I have a battery backup for my sump pump?

Your Dishwasher is Not a Garbage Disposal

What is that hissing sound coming from my toilet?