The History of Plumbing in Cincinnati 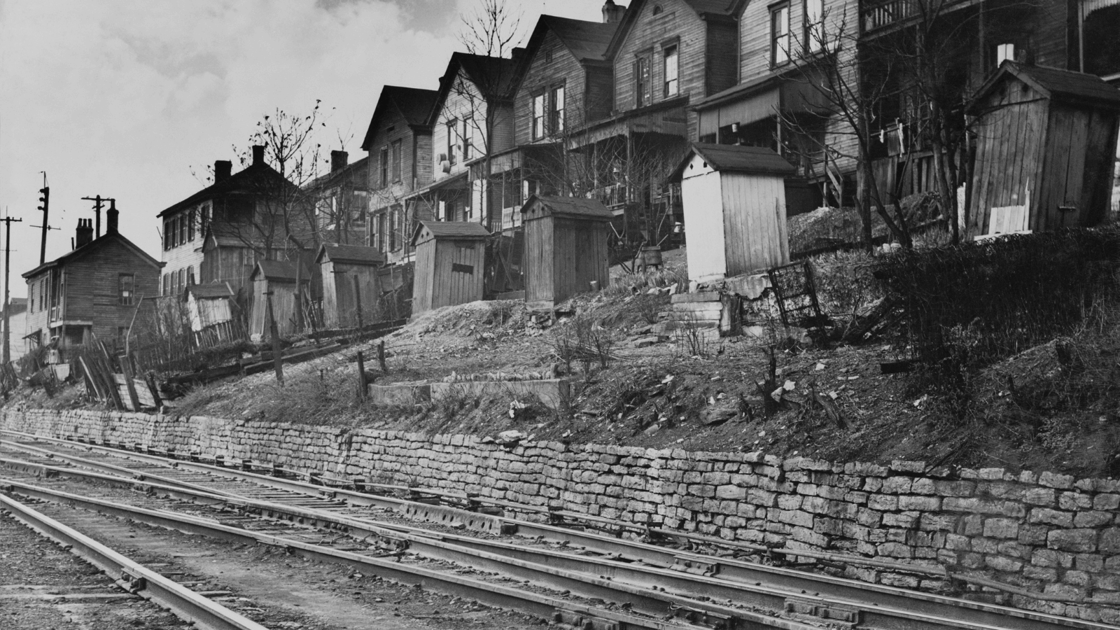 If you grew up with a comfortable, clean place to relieve yourself, take a moment here to be grateful. Not everyone has been so fortunate. Although indoor plumbing arrived in Cincinnati in the mid-1800s, it took a few decades before such a luxury was available to the wealthy, and even longer before it was accessible to all communities. Rural communities outside of Cincinnati waited extra-long for the option to become available to them, and it was not unheard of to see houses relying on outhouses well into the mid-1900s.

Geiler joined the heating and cooling scene in Cincinnati in 1885, so the business has been through much of the history of plumbing, from the evolution of the toilet, to the improvements in water treatment. With 130 years of service in the Cincinnati area, Geiler is an expert in every niche of plumbing. Here’s a look at some of what this city went through before we got to the high-quality water treatment and plumbing standards of today.

Prior to the introduction of indoor plumbing, most Cincinnatians relied on privy’s as a place to take care of business. These were outhouses that often sat at the back of a property, all of them emptying into a deep privy vault. 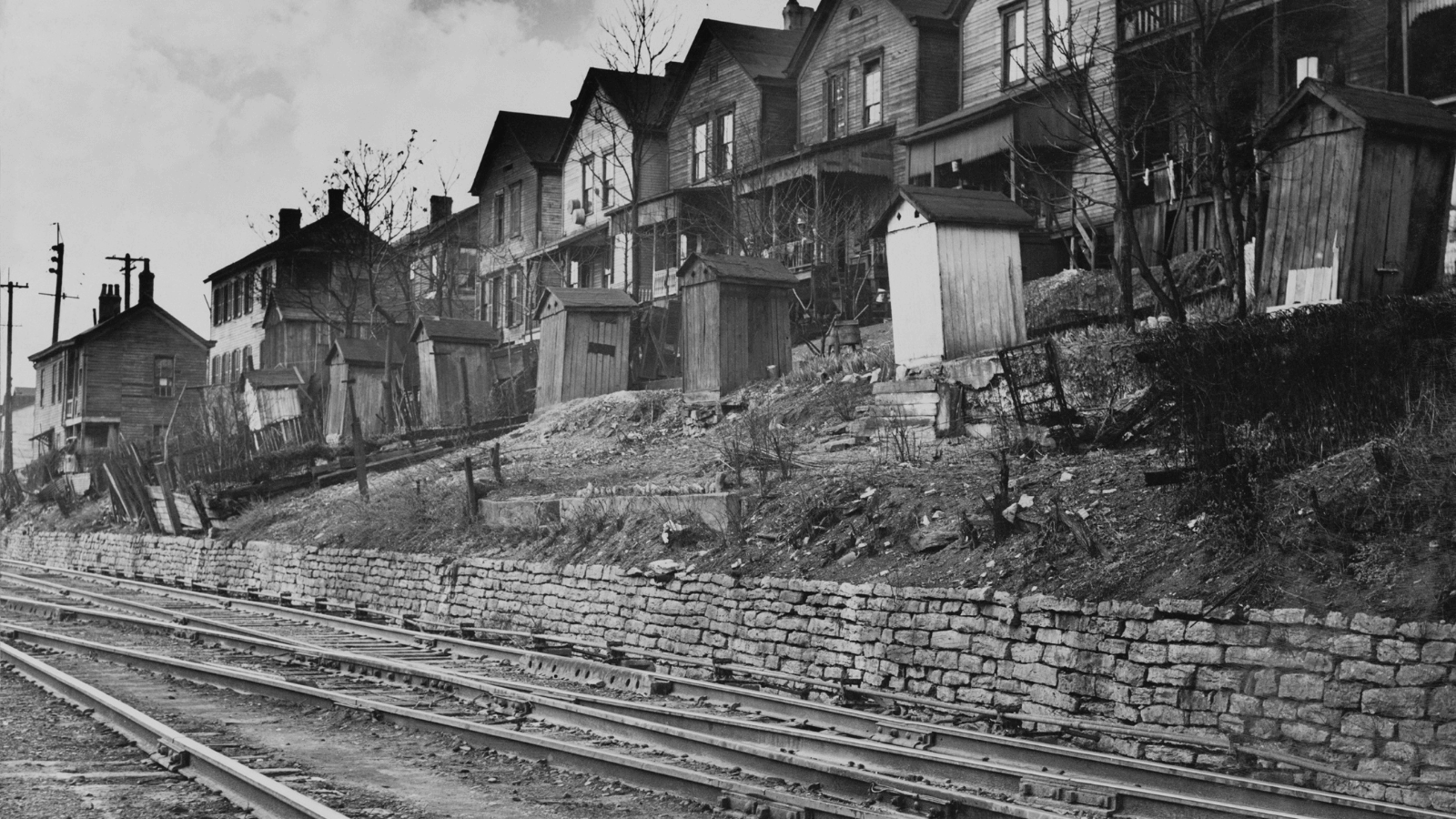 Now, most of us have used the restroom in one type of non-flushing toilet or another. Outdoor events like concerts, festivals, and sports usually bring in the familiar boxes known as Porta Potties, which often make themselves known with a vibrant teal or blue color. If you’re an outdoorsy person who often goes hiking or has spent some of your nights at a campsite, you’ve probably used a more permanent vault toilet.

To this day, these are still good solutions for the purposes they serve, like providing a private place to use the restroom out in nature where there is no plumbing. But these vault toilets only serve a small number of people between cleanings, whereas the privy vaults in Cincinnati were meant to handle the waste of an entire city. 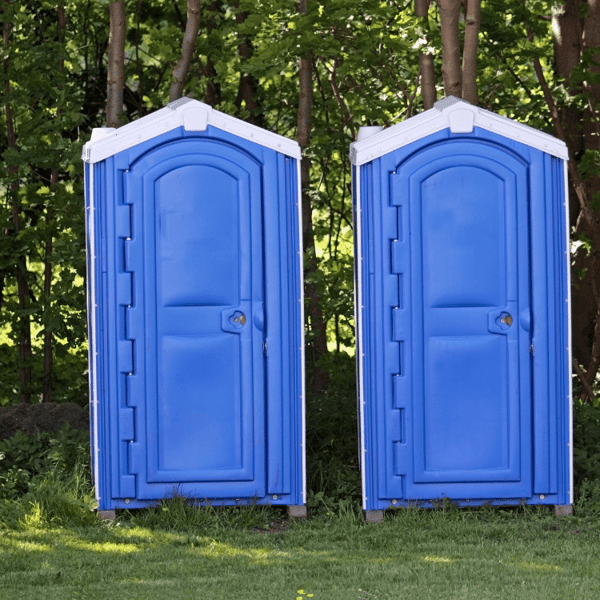 In 1860, Cincinnati was the seventh most populated city, with a population of 161,044. People were drawn to the city for the economic potential that came with being on the Ohio River. Many of the Cincinnatians lived near that very river, so the area at the bottom of the hills was overwhelmed with privy toilets.

Before Cincinnati had a sewer system, these privy’s had to be emptied by hand. Thankfully for those who had that unpleasant occupation, the Queen City had begun installing a functional sewer system by 1870 although it was still several more years before the majority of the city’s water closets were hooked up to the sewer for drainage.

Running water was part of Cincinnati before the sewer system, although as with toilets, it took some time before it was accessible to all. Running water was only really available to the wealthy until around the 1840s. It was even until 1833 that the White House got the plumbing for running water. 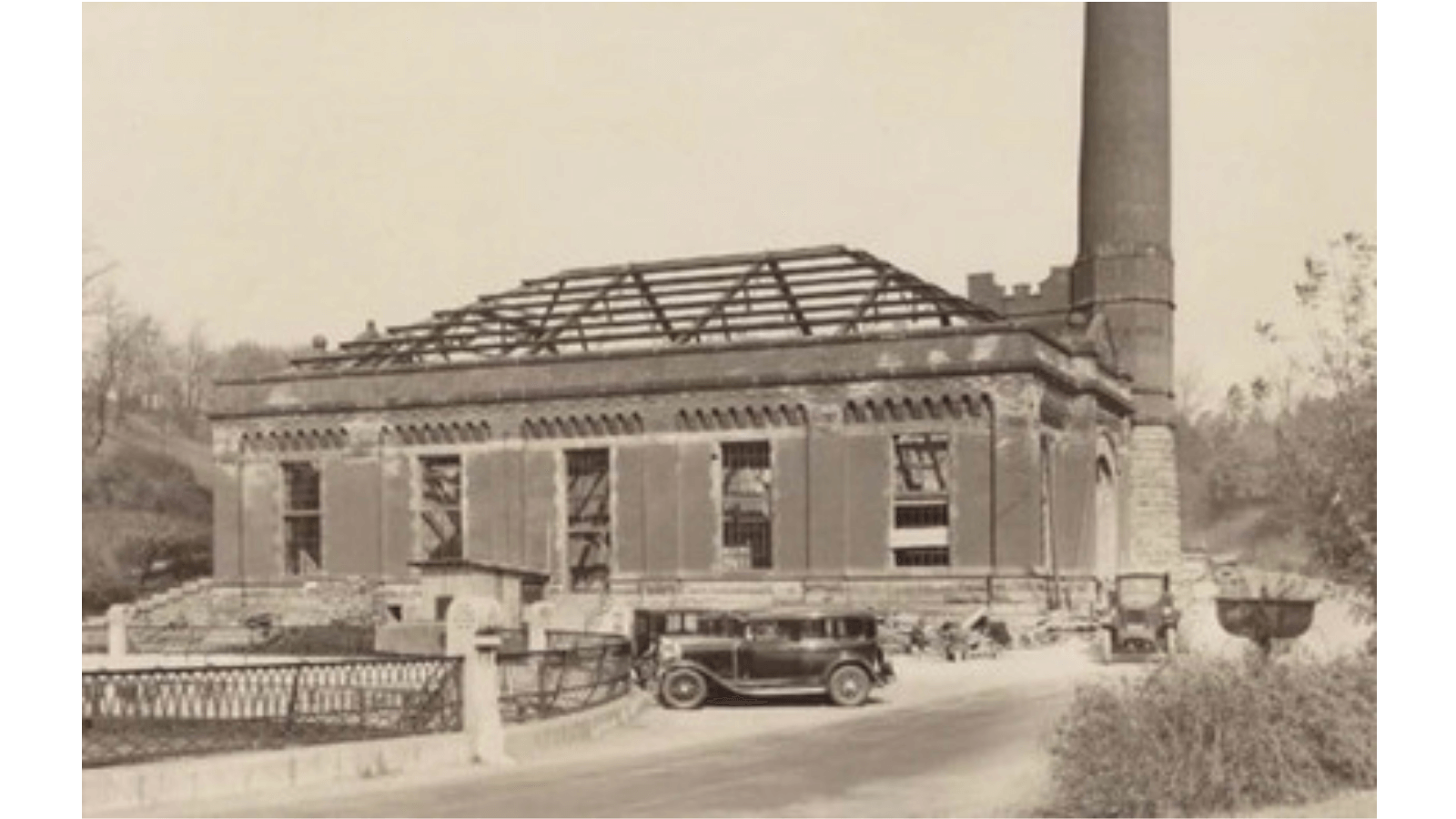 However, Cincinnati actually started up their water works system way earlier, in 1817. People from the Cincinnati Manufacturing Company had proposed building a water works to the city council, and the council accepted.

Cincinnati Manufacturing Company agreed on a completion date in 1820, and then hired a German immigrant named Albert Stein to design the Cincinnati water works. This was the first water works that Stein built, and afterwards he went on to design water works for other cities, including New Orleans, Richmond, and Nashville. Stein designed it so that a pump, driven by either horses or oxen, would pump water from the Ohio River to a wooden reservoir. From there, water could get distributed around the city via wooden logs.

As Cincinnati grew and more people needed access to water, the pump requirements became too much for horses and oxen to handle. They were replaced by a 40-horsepower steam engine in 1824. This could pump 1.2 million gallons each day. 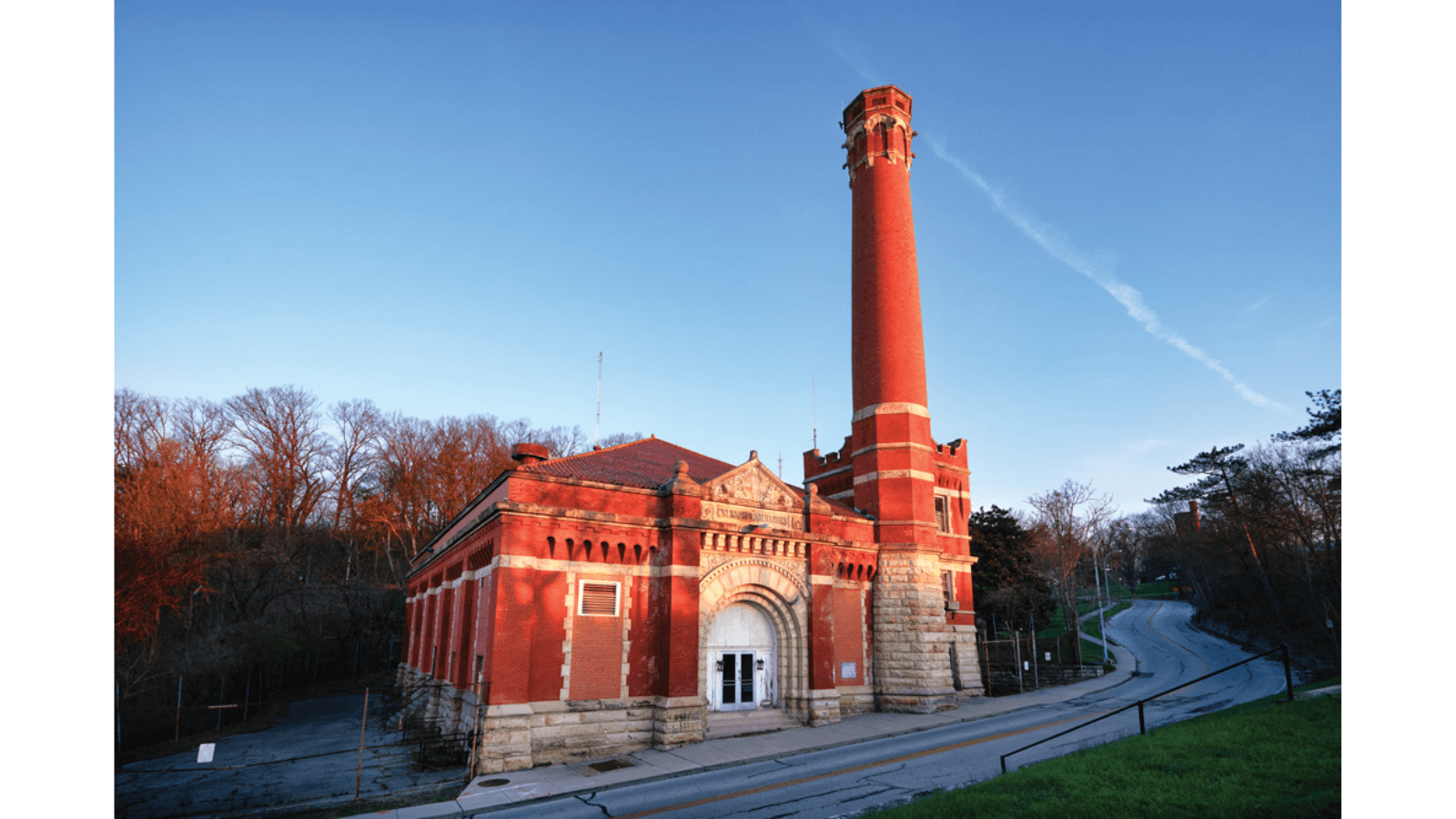 In 1839, the city bought the water works, and was able to expand and upgrade the design even more. According to an 1984 report, the River Pumping Station was built in the late 19th-early 20th century, and included four pumping engines which were able to move 30 million gallons of water per day.

One interesting story in the history of plumbing in Cincinnati has an unexpected twist at the end.

Bathing is, of course, another thing for which we rely on plumbing — especially in winter when we enjoy easy access to warm water. Naturally, the bathtub many of us have come to know and love has had its own long evolution. Before plumbing, people carried water from elsewhere to a basin where they could wash. But it seems that in the mid-1800s, someone somewhere had the idea to use the relatively new invention of running water to make the bathing process easier. 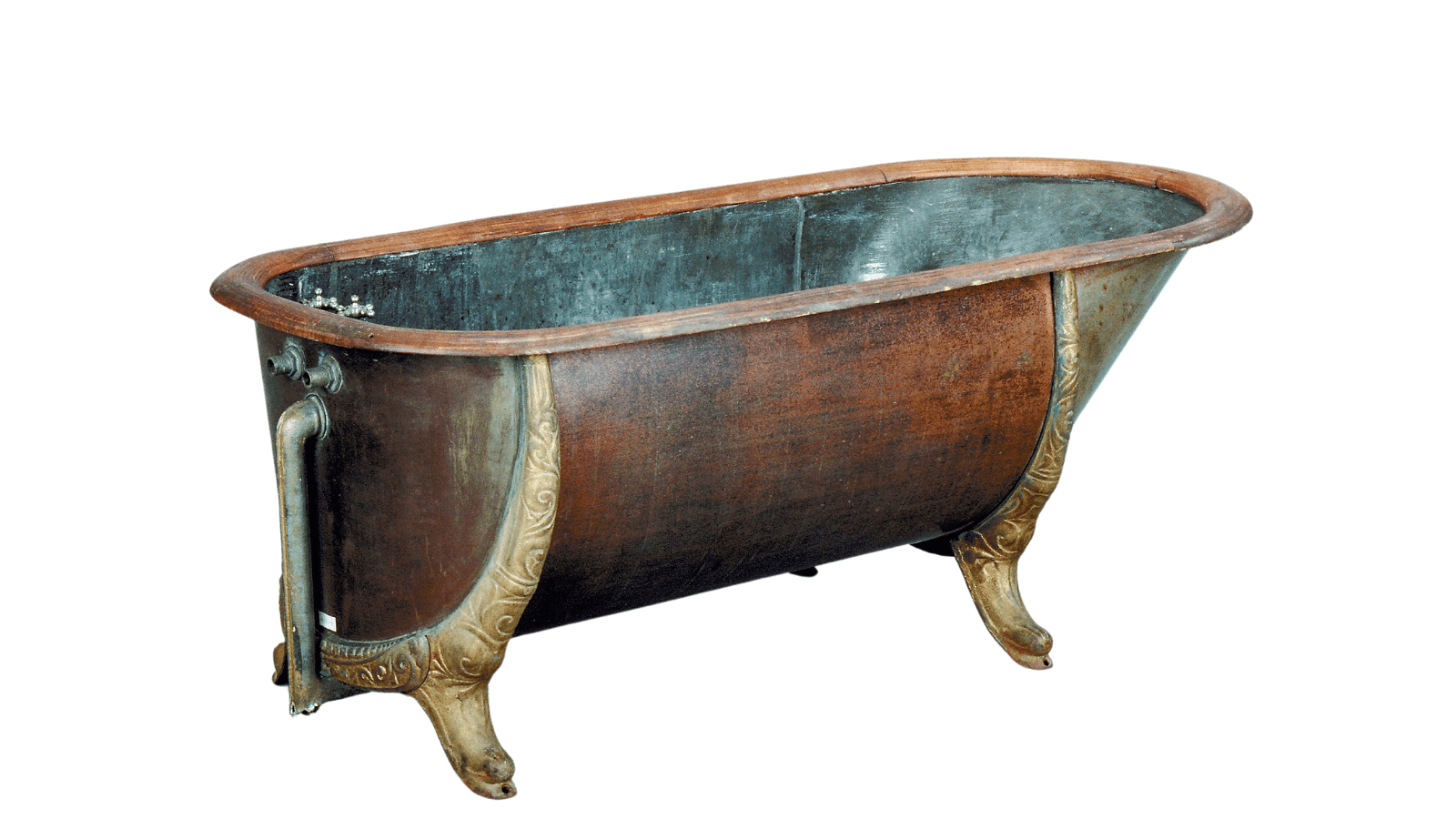 The first bathtub that was hooked up to its own source of running water may have actually come about before water rooms became available in Cincinnati. According to one man’s story, a Cincinnatian named Adam Thompson had a water pipe installed specifically for his bathtub in 1842. It was a big ordeal, and he allegedly hosted a party to show it off, and sparked conversation and controversy about bathtubs across the country.

Unfortunately, this story is actually a hoax that was made up by a journalist named H. L. Mencken in 1917. You’re likely to see it quoted and shared as factual fiction on various sites, but the author himself stated that this alleged Cincinnati bathtub was just a made up tale. Still, it serves as a funny piece of interest in the timeline of plumbing in Cincinnati.

Today, plumbing in Cincinnati is much more than a system moving untreated water from the Ohio River to different buildings. The Greater Cincinnati Water Works houses a state-of-the-art $30 million ultraviolet light treatment plant. A 2012 article from the Enquirer stated that the system moves about 133 million gallons of water through the treatment process and out to Cincinnati neighborhoods through 3,100 miles of water mains every day.

The Geiler Company has been in Cincinnati for over 130 years. Contact us for all your plumbing needs.